Shopping Cart
Your Cart is Empty
Quantity:
Subtotal
Taxes
Shipping
Total
There was an error with PayPalClick here to try again

Thank you for your business!You should be receiving an order confirmation from Paypal shortly.Exit Shopping Cart

The half -ton series referred to the weight limit of the F1 cars from 1961 through to 1965. The technical innovations developed during this era fed into the later F1 series but these were little jewels, small compact and neat. This range continues to grow with the addition of the 1963 Cooper T66 to the T60 and two versions of the BRM 261 (Hill and Stewart), and the BT3. There are now two versions of the Lotus 25 from 1962 and 1963. Below you can see the Brabham BT11 and the Lotus 33 both from 1965. The latest release is the 1963 Cooper T66 both works and Walker versions. 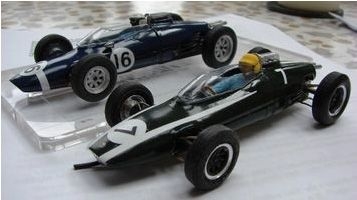 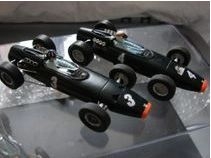 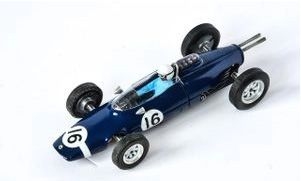 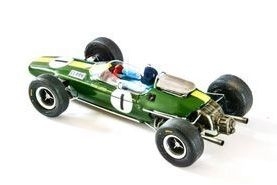